Walter Van der Rijst and Aliki Salmas visited Greece for their honeymoon. While on tour, they spotted a sick stray wandering the village. The couple couldn’t do much for the dog, so they sought help instead.

After asking around, Walter and Aliki managed to get in contact with Greek Animal Rescue in England. Diane Chapman drove to where the dog was and brought him straight to Diasozo Animal Rescue (DAR). Ermioni, a co-founder of DAR,  agreed to take care of the dog and help him get better. 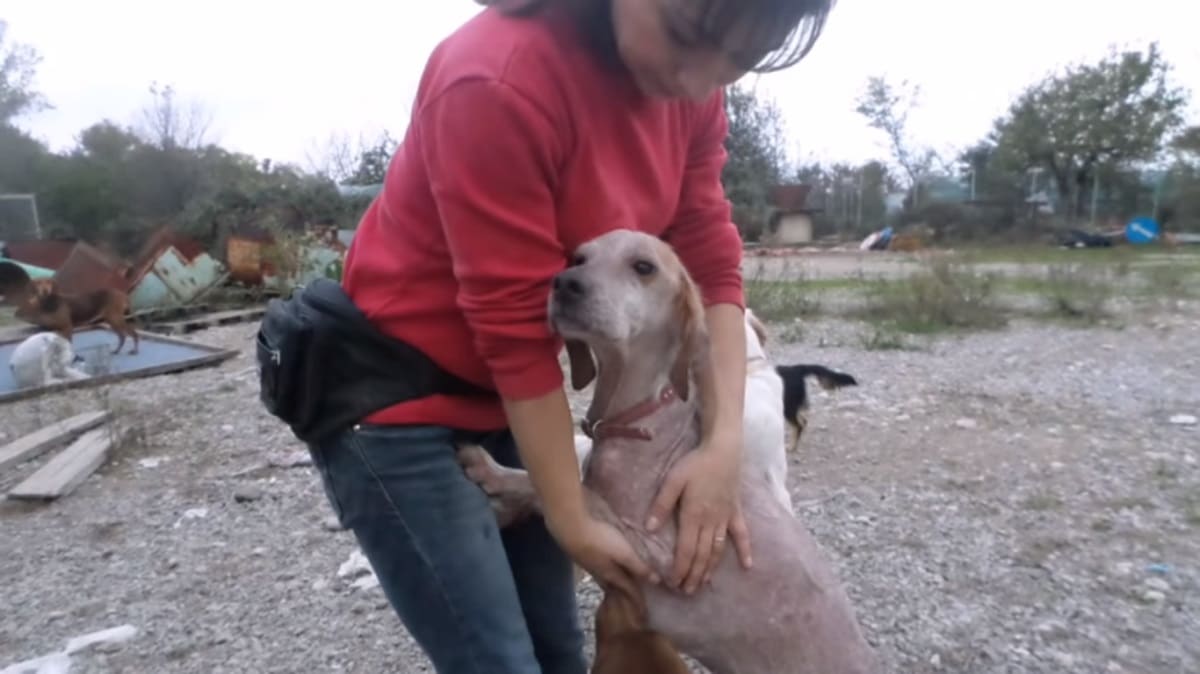 The dog, later on, named Nelson, suffered from scabies, leishmaniasis, and many other bacterial infections. He lost all his fur, and his skin was raw and rough. He constantly itched, so he rubbed his body against the wall and the floor to soothe his skin.

Once at the shelter, staffers immediately started Nelson on medicated baths. They also administered antibiotics and topical creams to help heal the dog’s skin. Additionally, they made sure the pup had a balanced diet to aid in his recovery. 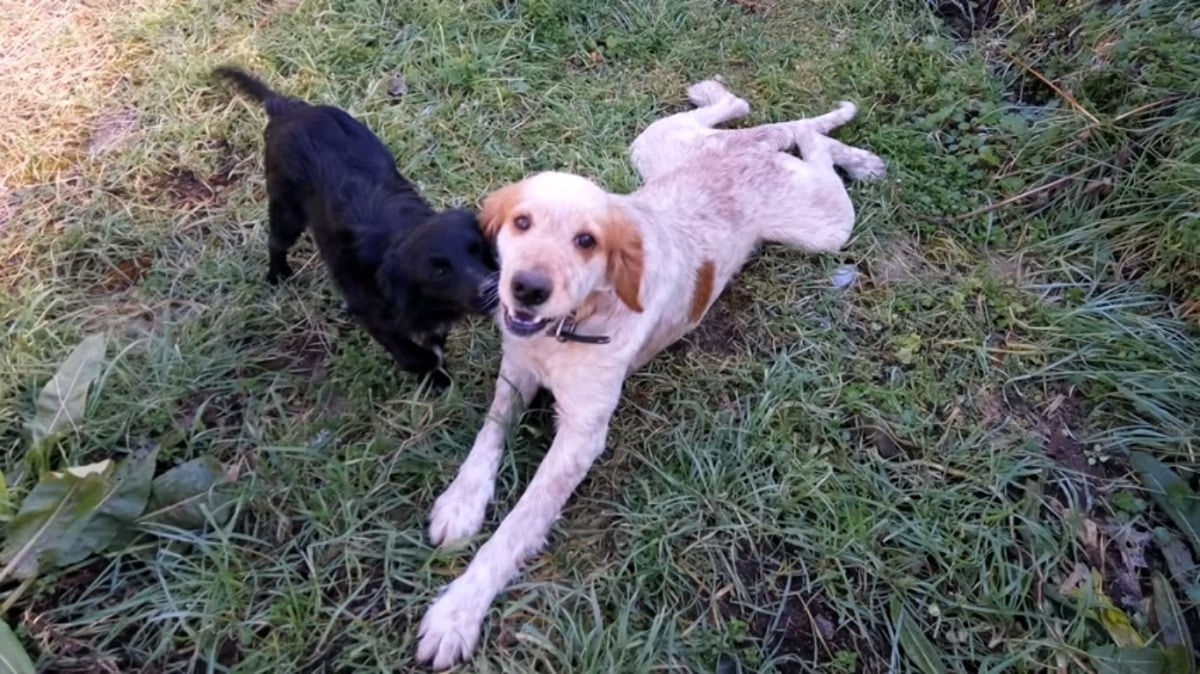 It took a lot of medicated baths before Nelson started to feel a little better. Every touch had to be so gentle so as not to hurt him. But in a couple of days only after his rescue, Nelson gained confidence and made a lot of new friends.

Nelson is an incredibly sweet boy. He soaks all the attention from his rescue friends, enjoys warm hugs, and plays with his toys all the time. But Nelson’s favorite thing to do is cuddle with his rescuers. 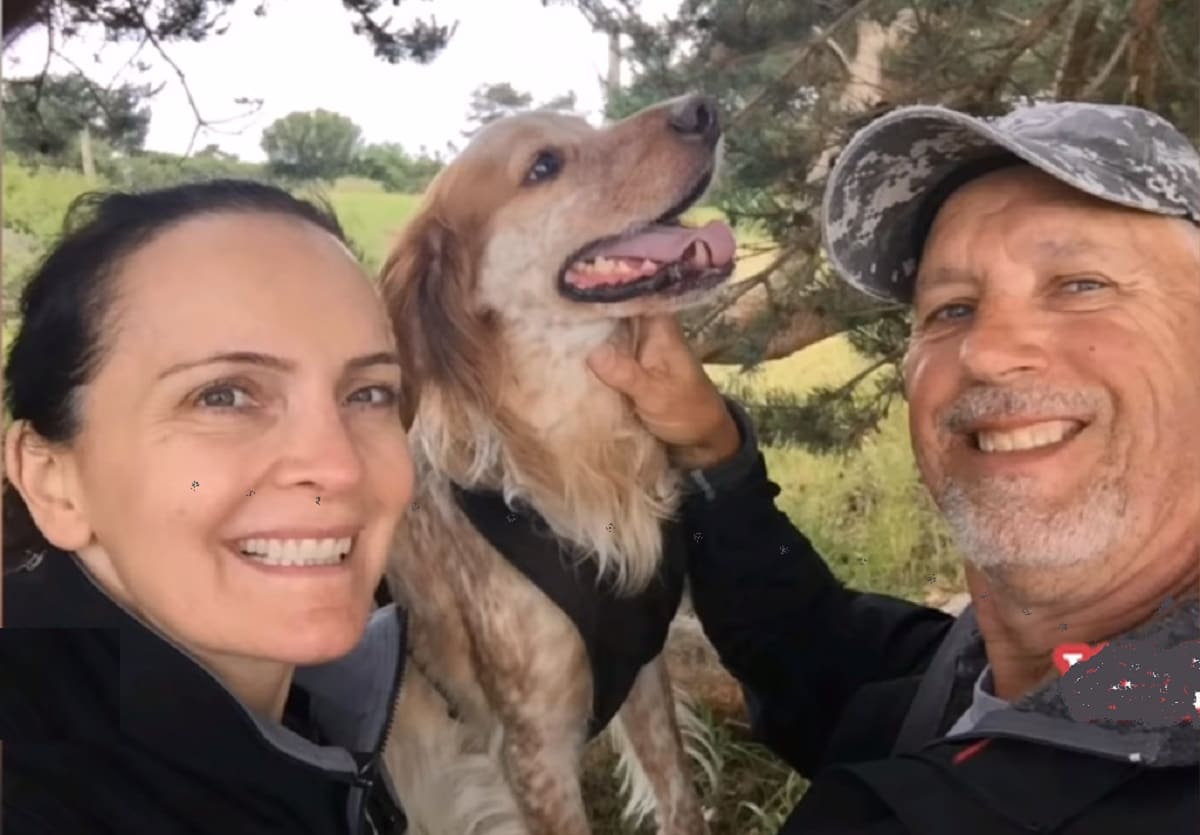 A few months later, Nelson’s beautiful white and brown fur started to grow. The once bald and sick stray is now a gorgeous and confident dog. Nelson healed both physically and emotionally.

Soon enough, Nelson is ready to be with his new family. He, however, didn’t have to search for them. Walter and Aliki decided to adopt the dog, so they came back and brought Nelson home with them. 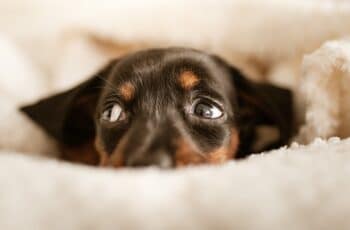 Advertisements Puppies are very special and so irresistibly cute. They … 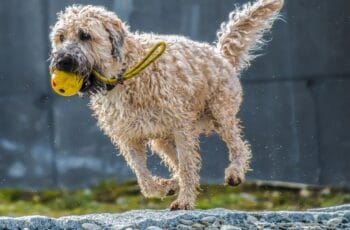