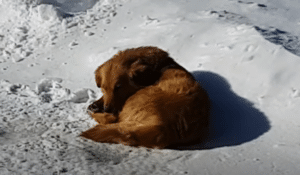 This poor pooch we will call “Indy” was lonely, cold and sad. She was found sitting, perhap awaiting her destiny, in front of a Hotel in Romania. That particular area in Romania is within a mountain pass in the north of the country. So temperatures often dip very low- to -4 degrees on any given day in the winter season.

So here lies Indy the poor dog in -4 degree F temperatures. She was sitting sadly on cold snow. Her only source of warmth was the warm sun beating down on her. That is how she often slept. No one knew what she was waiting for but she could potentially freeze to death without help.

Unfortunately, the owner wasn’t concerned for indy’s welfare. They kept chasing her away. They may have been concerned that she would scare the tourists. He also told the employees not to feed her. How cruel! Who was going to help Indy the poor dog?

Help is on the way!

One fateful day a tourist saw Indy sitting in her usual spot in front of the hotel. She was sitting in the sun on the snow on a typical freezing cold winter day. He saw Indy and his heart went out to her. Who as helping her, why was she alone and looked so sad? He felt sorry for Indy the poor dog, after all it was freezing cold, no one seemed to care in an actionable way. She also had no food to eat. 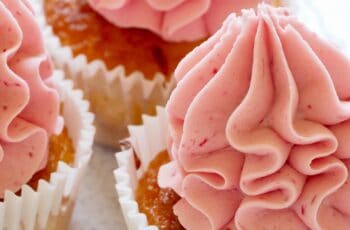 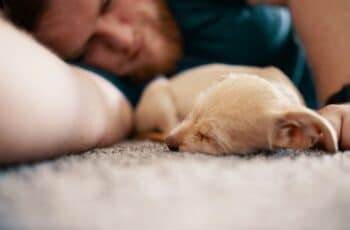