In this short yet hilarious video, a teenage boy attempt to get a workout. An adorable Husky named Bear oversees whatever the boy’s planning to do.

When you have a lot of things you do, you do your best to focus your attention on them. As much as possible, you try to keep any distractions at bay to finish what you need to do.

But, what if an adorably playful Husky begs for your attention while you’re on your workout routine? Take a look at the following story below to discover how the pooch’s fur brother pursued its task.

Ooh! Is that a game?

In this short yet hilarious video, a teenage boy props his arms on a wooden table. Standing next to the boy, an adorable Husky named Bear oversees whatever the boy’s planning to do. 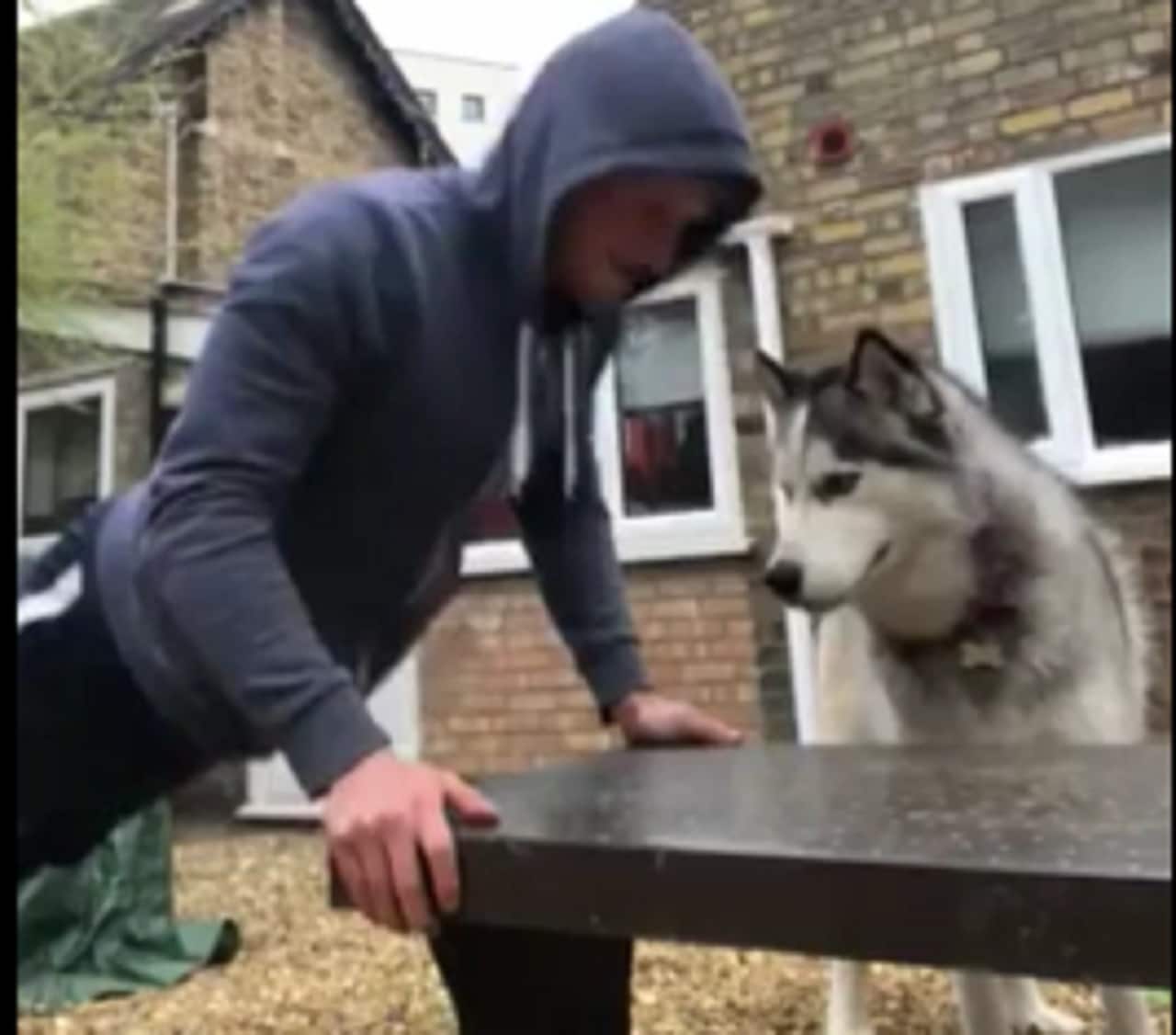 Without warning, the teenager starts with the push-up routine on the table. At first, everything goes smoothly as the boy manages to complete a few cycles of the exercise.

However, Bear couldn’t bear to stand idly as he soon jumps up on the table. But, instead of giving the boy some encouraging gestures, the pooch nudges and gives its brother adorable licks.

At first, the teenage boy attempts to carry on with its exercise routine despite the Husky persistently kissing his cheeks. However, Bear soon becomes more determined to distract its fur brother.

At some point, Bear attempts to prevent the boy from accomplishing a full push up as he lays his head on the wooden table. With this, Mom can’t help but laugh at how mischievous the playful Husky can be. 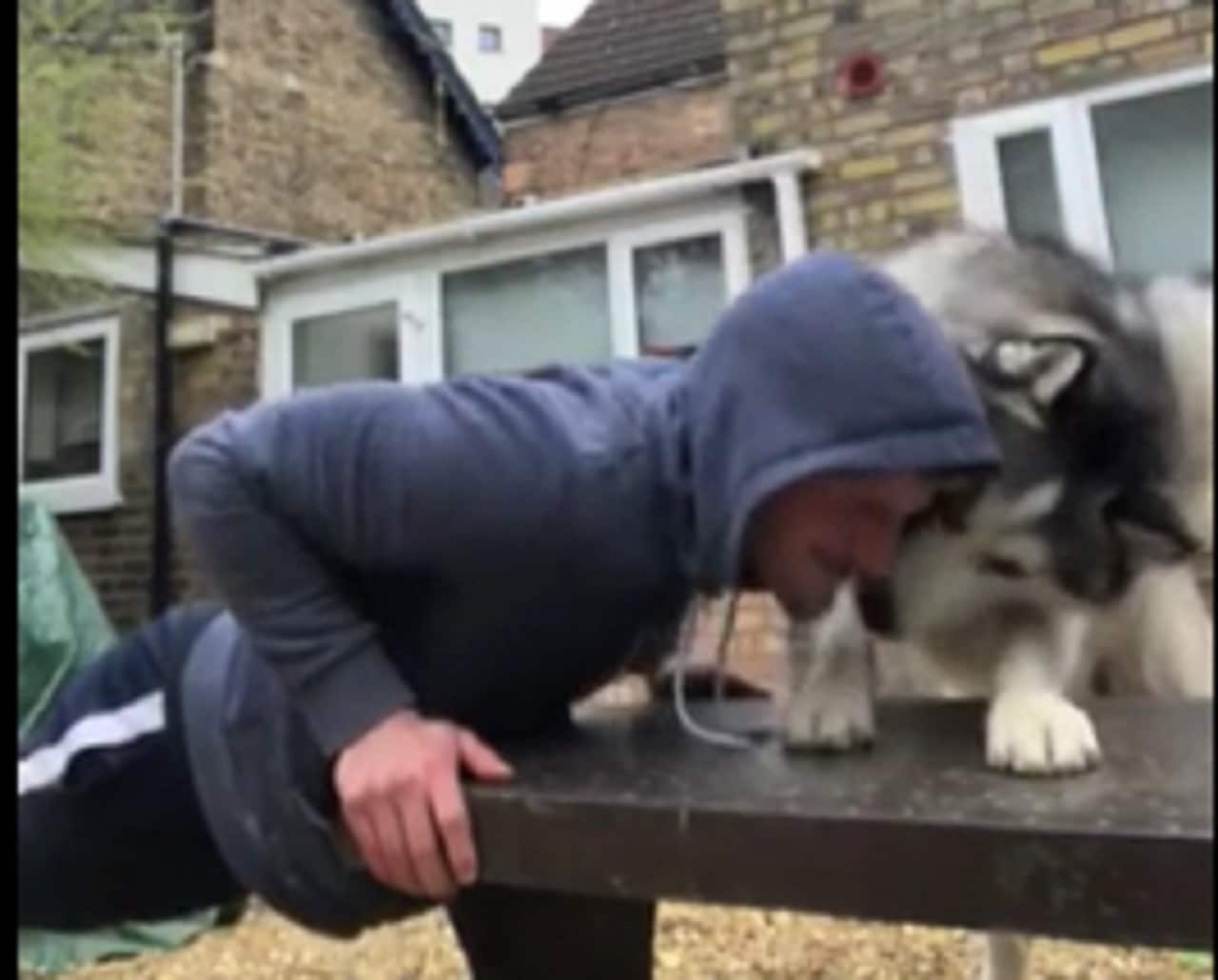 When fur brother continued with his push-ups, Bear decides to change his strategy. The pooch then starts pawing at the boy to make him stop. But, it looks like its second strategy didn’t work as fur brother managed to pull through another set of push-ups.

But, do you think the feisty Husky truly let its brother finish its workout regimen? You’ll only know if you make sure to watch the linked video until the end.

A Rottweiler Runt Shows Us There’s Enough Love For Everyone

Cuteness Alert- Husky Refuses to Get Out of Baby Brothers Bed

Advertisements Imagine a beloved pooch and otherwise loyal friend being …