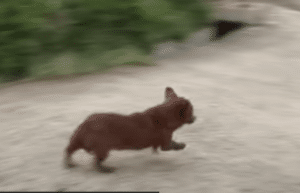 At one point, Rookie can be seen running so fast that the person taking the video also had to run after Rookie. The little guy was serious, and he needed to find out where his Cow mom was. He could not live without her.

He was able to trace his moms’ scent and found her in another building. When he first saw her he was jumping with excitement. The cow mom looked at Rookie like “Oh there you are”. If Rookie could speak Hooman I’m sure he would have said “Mommy, where did you go? I was so sad, I was crying, I missed you so much. Please don’t leave again!” “Come back home”. Rookie ran around his cow mom and then started jumping and kissing her. 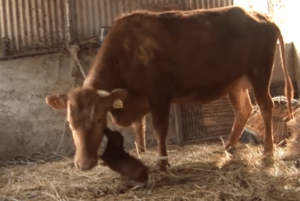 Then the owner came and took Rookie home. Rookie was trying to squirm out of his owners hands to get back to his cow mom. The owner thought that he would be ok eventually. Poor little pup! When Rookie got home he sat in the barn all day and waited for his Cow mom to come back. They tried to force Rookie to eat but he would not eat. He would stand near the barn door looking for her. He must have been depressed and really missed his Mama. Poor Rookie!

In a surprising turn of events, someone comes walking through the barn opening….Its his Cow Mom!

At first rookie could not believe it. He did a double take and then ran squealing in happiness to his cow mom. Rookie was so happy! She also leaned her head down to greet him. The reunion was so sweet! 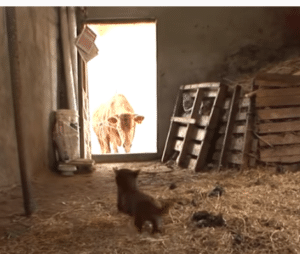 “I decided to keep her for Rookies sake” said the owner

You can watch until the end of the second video to see an update on Rookie. The link for YouTube is below: 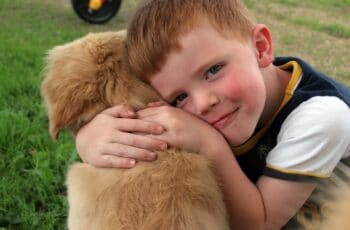 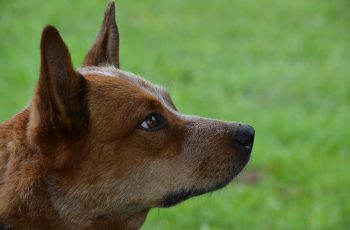 Advertisements Dogs try to make strange friends with other species. …