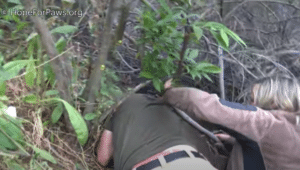 Where are the Puppies?

The rescuer finally found Amazon. He had to crawl beneath the thick bush like vegetation to try and reach her. The branches were thick it could have injured the rescuer if he wasn’t careful. It looked as if she was guarding the area, so they figured that the puppies were nearby. However, when the rescuers looked further, the liter was nowhere to be found. Amazon led them away from the liter.

The rescuer didn’t give up, he kept looking for the puppies. Then he finally found them! However, the thick vegetation kept him from getting them. They had to find a different way to get the puppies but how? 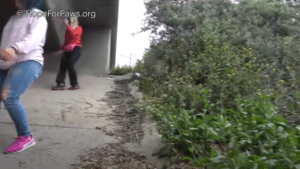 They got the proper equipment and were going to attempt the rescue from the side of the highway. In a risky act to save the puppies, the rescuers carefully yet quickly walked down the concrete slope on the side of the overpass to get to the other side of the vegetation.  This was directly next to the shoulder of a busy highway. They hoped they would be able to find the puppies and bring them to safety.

The rescuers searched and searched and finally found Amazon. She was curled up below the thick vegetation but where were the puppies?

As they got closer, they saw the puppies. Amazon was nursing the cute little enthusiastic bunch, but they had to get them out of there. It was way to close to the highway where they could potentially get hit by a car. So the rescuers started by coaxing Amazon out of the vegetation. What did they use? Cheeseburgers! 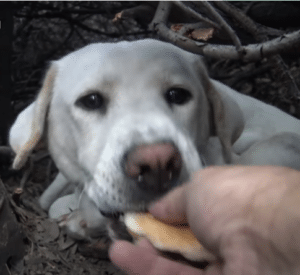 Some Cheeseburgers and Safety

At first Amazon was drawn out by the cheeseburgers but pulled back in fear when the other rescuer put a leash on her neck. After they calmed her down with more cheeseburgers, she finally acquiesced. Although still a bit scared and unsure on what was happening. She ate two cheeseburgers 😊. 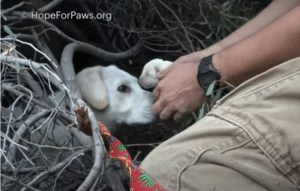 One of the rescuers held and balanced the cage on her body as she laid down on the slope. The other rescuer then took the puppies one by one, carefully bringing them through the dense vegetation and gently placed them in the cage. They brought the puppies to Amazon so she could kiss some of them one by one before being placed in the cage. This further calmed down the frightened momma. 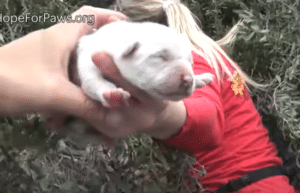 Bald Dog Grows A Beautiful Coat And Gets A New Life 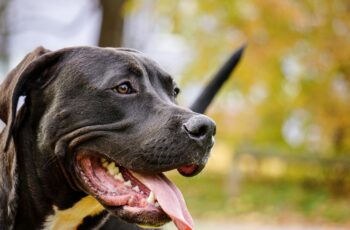 Advertisements The couple decided to find where Danny had come … 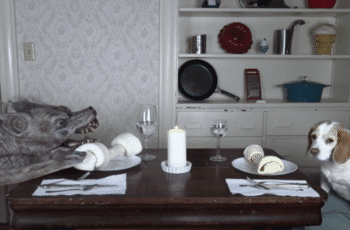