Most dogs enjoy playing with toys. Others even get obsessed with a particular toy. A dog named Jjong has a different obsession.

Jjong is obsessed with stones. Jjong’s father would often bring him for walks in the afternoon. His father noticed that every time Jjong sees a rock, he would stop and pick it up with his mouth.

There are times when their walk would be cut short. Jjong would rather play with a stone that he just found than continue their stroll.

Jjong, What are You Up To?

While Jjong and his dad were on their usual walks one day when Jjong saw a stone, as expected, Jjong went over to it to check it out. When his dad told him that it was time to go, he did not resist.

His father was surprised by how easily Jjong agreed with him. When they arrived home, his father realized why Jjong did not resist. He already hid the stone in his mouth and brought it home.

Jjong’s dad was in awe of how well he hid it. His father wanted to get the stone from him, so he offered Jjong water to distract him. This did not work as Jjong refused to drink.

When his dad prepared food for him, Jjong made sure that the stone was nearby as he ate. He wanted to make sure it does not leave his sight.

His dad tried to get it and pretended to throw it. Jjong believed his dad threw it, so he looked all over for it.

He has even tried to distract him with toys to get his mind off the stone, but he continued to search for it. His dad gave in and gave it back.

Fur dad is a little concerned about his obsession and is curious about how it started. He might try to seek professional help in the future. For now, he will do the best he can to get Jjong to enjoy toys instead. 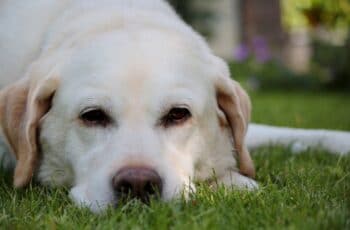 Advertisements The dog was pregnant. They didn’t know whether she … 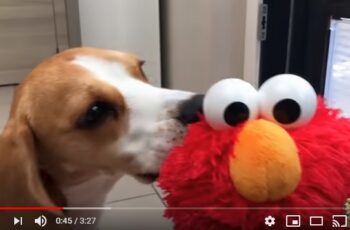 Advertisements Some pet parents love playing with their puppies and …