Who wouldn’t want to go from homeless to have shelter, food and social media stardom?  Well that’s what happened to Tucson, the homeless Dog in Brazil. This is his brief and sweet story on persistence and how to never give up.

About Tucson The Golden Hound Dog

Tucson is a golden Hound dog that had been homeless for some time. No one knew how long he was living in the streets but he wanted love and a home. Wet, loveless and hungry nights on the street inspired Tuscon to make a change in his life. Fate also stepped in to send this poor homeless pooch some good fortune. Now he has a home and a job and couldn’t be happier.

Tucson is a very friendly, gentle and kind dog, yet the persistent type. He would regularly visit the Hyundai Prime Dealership in Brazil. He would hang around and greet the customers and staff as they were going and coming from the building.  Perhaps in the hopes that someone would give him a warm bed and unlimited amounts of food.

On one fateful day, it was raining and the manager Emerson Mariano brought him inside. He felt sorry for the golden hound dog and fed him and gave him water. The kindness left an impression on Tucson So he kept coming every day. They doted on him and eventually fell in love. The staff adopted Tucson and changed his name to Tucson Prime, partly after the dealership name. They also gave the golden hound dog his favorite job- greeting customers. I’m sure this task is very familiar since it’s what got him to land the job in the first place. 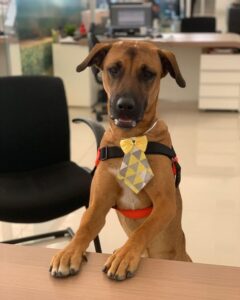 According to Top Motors Brazil, Emerson Mariano stated: “After all, the company has always been pet friendly, so now, we decided to embrace this idea in practice too, having our own pet precisely at a more complicated time like this with so many abandoned animals.”

Another good twist of fate, Tucson the golden hound dog has recently become popular on Instagram. He has over 100,000 subscribers to his page. 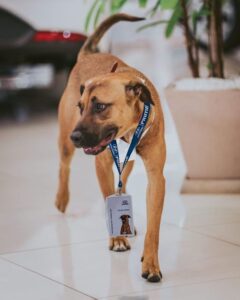 A post from Tucsons owners on the account read: “Today my day started early, but it was not in sales, I am trying to read and answer the thousands, I swear, miles of messages I received in the last few days.

“But where I came from, I didn’t have this technology. Me and my humans are still trying to find a way to deal with so much love and affection like that. If I didn’t open your message or answered, I wanted to apologize, but we are trying our best to open all messages to try to thank you all, I am very happy with all this!”

Tucson the golden hound dog now has love, a home, food to eat and a job. His persistence really paid off! 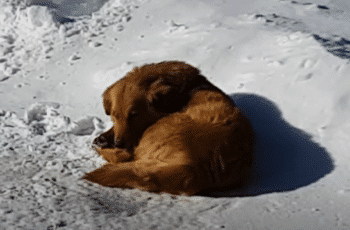 Advertisements This poor pooch we will call “Indy” was lonely, … 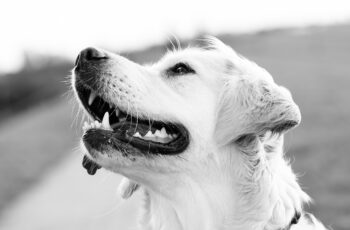 Advertisements Luna, an adorable Golden Retriever from Melbourne, Australia, could …