The restaurant owner cried. She had no idea that this poor abandoned heartbroken dog was on the edge of death. Who will care for him now?

One day in a village in China, a person came and left Robbie in front of the restaurant. The owner told Robbie to stay there and said good bye. Robbie being a good boy, stayed exactly where he was told. He waited and waited but sadly, the owner never came back. He or she abandoned the dog perhaps because they thought he was on the edge of death.

Since that fateful day Robbie cried daily, sometimes the entire day to the point that he had tear marks on the fir of his little face. He was devastated and heartbroken dog. He didn’t understand where his owner had gone. Robbie didn’t understand what had happened. He direly missed his owner. Where were they? Why did they abandon the dog and leave him all alone, never to return? 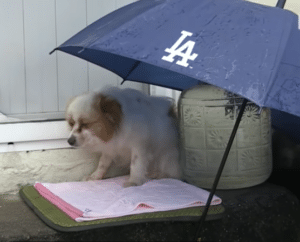 The villagers in the area and Restaurant owner saw Robbie’s condition and after some time decided to step in. They were concerned for Robbie because all he would do is sit there and cry all day. The restaurant owner provided food for Robbie but he wouldn’t eat. She had even given him a comfortable mat to sit on and an umbrella to shield him from the rain. He still cried all day. They tried playing with him but Robbie didn’t want to play.

He cried all day and walked slowly and sadly back and forth. Robbie would occasionally checking inside the entrance of the restaurant to see if his owner had come back. Perhaps he was thinking he had missed them as they walked into the entrance and he didn’t notice. When he discovered that they were not inside, he would go right back to the spot his owner abandoned him in.  Robbie was severely depressed and they didn’t know what to do to make him feel better. Little did they know, there was an underlying reason why Robbie was in such poor condition. Without medical treatment he was likely in pain on the edge of death. 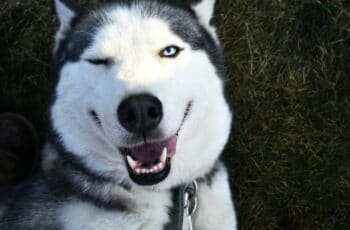 Oh So Cute! Advertisements Dogs and children have some of … 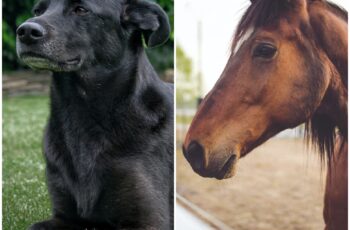 Advertisements This doggie has found her soulmate in her horse …