Dogs try to make strange friends with other species. In this short video, a dog can be seen trying to engage a deer in a game of chase. The deer was confused.

Meeting new people in an unfamiliar area can be quite a daunting experience for most people. But, for some, meeting strangers and conversing with them is an opportunity to make new friends.

With this, let’s take a look at how a friendly dog interacts with a wild deer it encountered while playing in their yard.

Hi there! Would you like to play with me?

In this funny video clip, a brown-furred pooch named Cooper stands on a grassy field. At first, you’ll think the dog’s merely taking a stroll in their vast backyard. 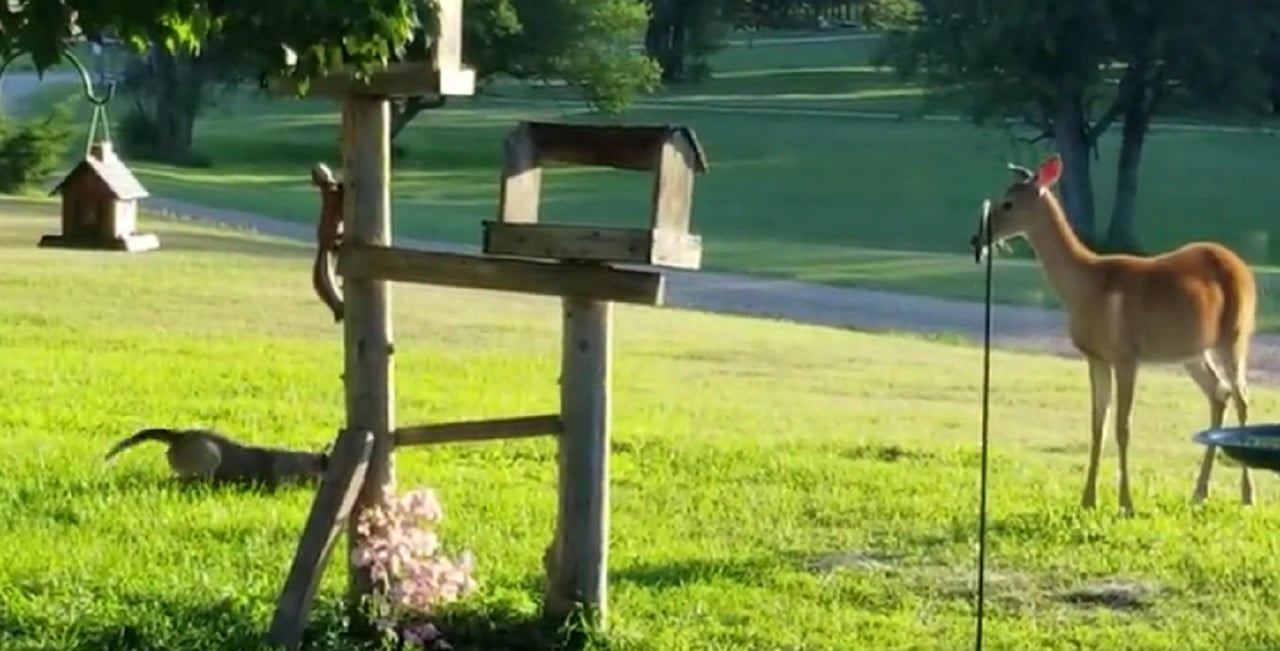 However, it looks like this day is Cooper’s lucky one as he incidentally came across a wild deer in their yard. Most dogs would’ve barked nonstop and treated the wild animal as a threat, but this friendly pooch didn’t do any of those things.

Instead of scaring the deer, Cooper even beckons the animal to approach him. When the deer still didn’t move from its current location, Cooper decided to persuade it vocally.

Won’t you play with me?

For the next few seconds, Cooper carried on with his lively barking at the deer. Though the deer didn’t respond to his calls, Cooper continued to persuade the animal to play with him.

When the deer still didn’t respond, the feisty pooch stood up and even showed the animal the game he’s planning. However, it seems the deer isn’t interested in the dog’s plans. 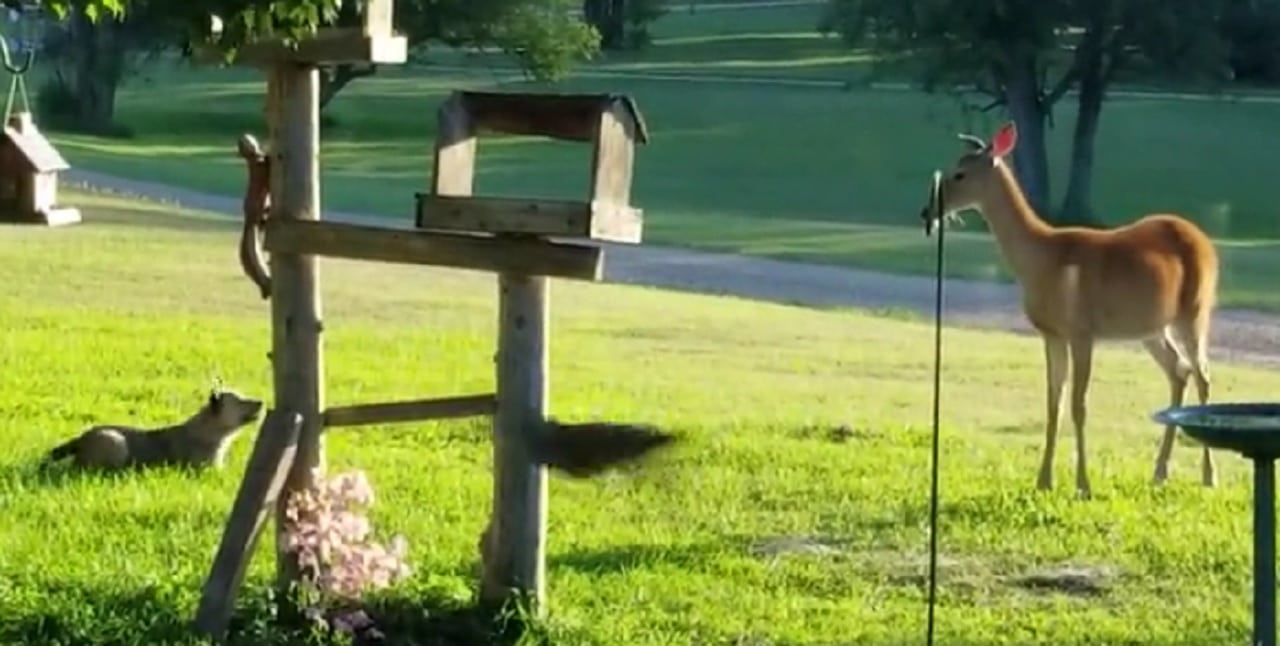 Seeing the deer’s flat affect, Cooper decided to become more proactive with his approach as he starts running towards a far off corner of the yard. Cooper even comes back when the deer still didn’t move.

Do you think Cooper’s persistence made the deer heed his call? You’ll only know if you watch the video below.

The Dog Who Prefers To Play With Stones Instead Of Toys

Dog Escapes Yard To Play With An Unusual Friend 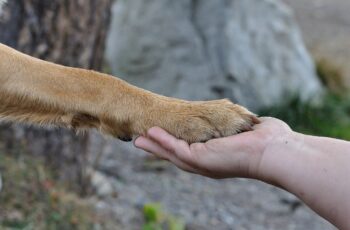 Advertisements Dogs can do magic on our mental health. They … 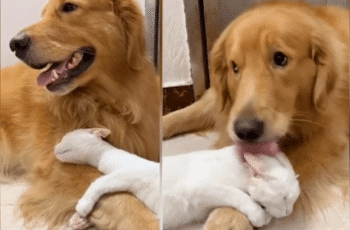 Advertisements Loving relationships between dogs and other species are well …