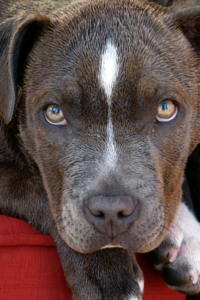 “Puppy’, “Puppy” That is what 3-year old Kh’amorion Taylor, repeated when he saw his emotionally shaken and worried father. He was referring to the large stray Pitbull we will call “Lucie” that protected the boy while he wandered the streets.

Pitbulls have a bad reputation for being vicious animals.  However, they can be loving, family oriented, loyal and sociable dogs. Depending on their training they can also be protective of their families. Although they aren’t naturally predisposition to be guard dogs.

What make this story interesting is that Lucie was a stray. She did not belong to the Taylor family. It’s not clear as to whether she had a prior relationship with the boy.

She may have once been apart of a family prior to being homeless. This may have been why she saw fit to guard the young boy. Being that Kh’amorion was so young and possibly disoriented and alone, the stray pitt bull saw the need to stay by his side to protect him. As your probably know, dogs form especially sweet and beautiful bonds with children. They can be gentle, protective and loving like any human and Lucie was apparently no different.

So Lucie stayed by Kh’amorions side until he was safe. Such a sweet and protective pooch!

Kh’amorion managed to get out of his St. Louis home on the Morning of October 1, 2020. He began wandering the neighborhood.

A neighbor, who wished to remain anonymous, reported that she saw the boy walking down the street at 8am with Lucie, who they described as a large stray Pitbull. The toddler had on his Pajamas. According to the Neighbor, it appeared as if Lucie was guarding the toddler.

“He looked well taken care of, he was very neat, very clean; he just didn’t have the shoes on,” the neighbor stated to FOX 2.

Upon seeing the boy, the neighbor took matters into her own hands. Over the next couple of hours, she looked for Kh’amorion’s parents. 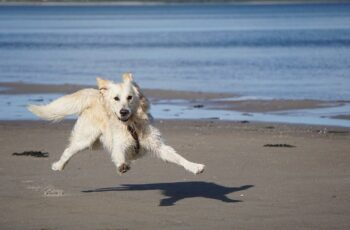 Advertisements Dogs are selfless beings known to save other animals … 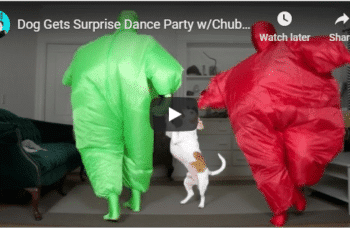